Point Lynas Lighthouse (Welsh: Goleudy Trwyn y Balog) is located on the north coast of Anglesey in North Wales. It marks to last turning point before ships head for the River Mersey and Port of Liverpool. This unusual and distinctive lighthouse was designed by Jesse Hartley, engineer to the Mersey Docks and Harbour Board from 1824 to 1860, but with additions by G Lyster some twenty years later.

It is a castellated building comprising a two-storey dwelling surmounted by a square tower 11 metres (36 ft) high. The semicircular lantern is located at the base. The present lantern is 4.6 metres (15 ft) in diameter and dates from about 1874. The lantern has a cast-iron lower wall and rectangular glazing bars take the height to 3.7 metres (12 ft). The lantern is topped by a plain conical roof with a ball finial. The square tower above has a corbelled oriel window of the pilot's look-out.

These photographs were taken over a series of five days during April 2014. 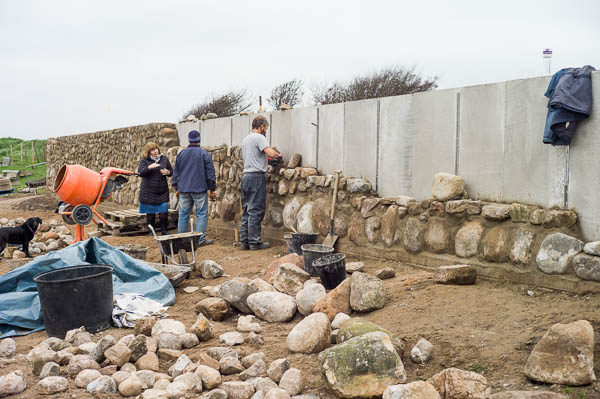